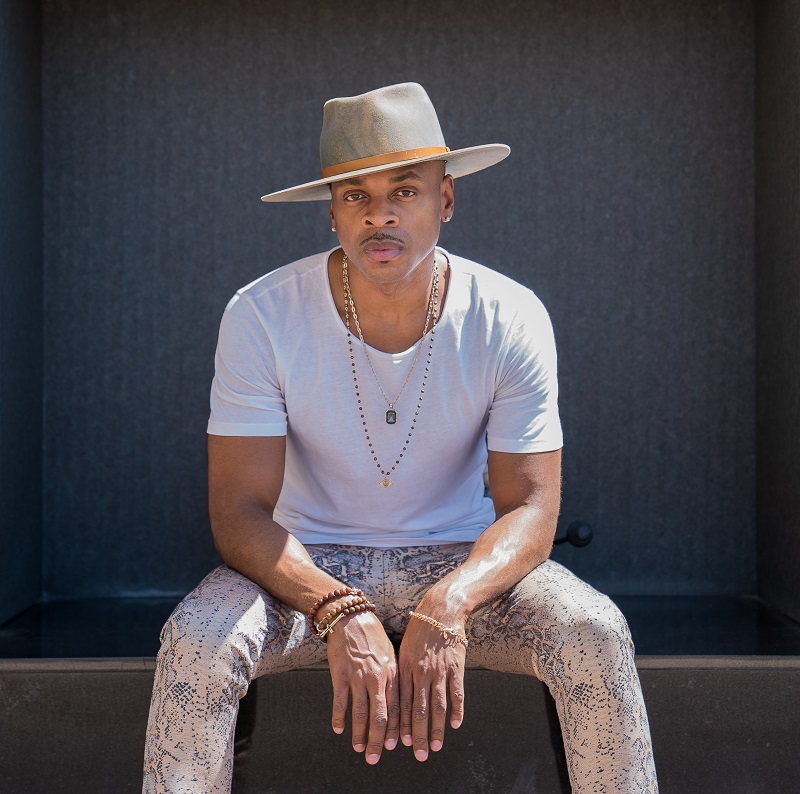 We recently caught up with the Stokley of Mint Condition for an exclusive interview. The legendary singer is gearing up for the release of his sophomore solo album “Sankofa” in the coming months. Stokley gave us a breakdown on what to expect on the album, as well as discussed the success of his hit single “She”. We also talked about him returning to work with Jimmy Jam & Terry Lewis, and much more. Check out what Stokley had to say below.

YouKnowIGotSoul: After you left Mint Condition and released your first solo album, we weren’t sure what you had planned after that. Here we are and you’re close to releasing your second solo album. How has the whole experience been?

Stokley: It’s been amazing man. Just like any artist, I’ve always had more to me. I’m just exploring life right now, not just musically, just as a human. I just let it funnel through me and see how I feel about it. It comes a time when you want to spread your wings in a different way. I loved spreading my wings with the group and we all contributed. But now is a vibe where myself and all of the other members of Mint Condition are doing different things. Finding different ways to live life, explore, do business and work with different people. The whole thing has been an amazing extension of what I’ve always wanted to do.

YouKnowIGotSoul: You took things back to your roots by linking up with your original producers Jimmy Jam & Terry Lewis, and signing to their label to release this album. How did that all come together?

Stokley: Full circle moment. They’ve always been a big supporter of the group. They serve as whatever they want to serve as. They let me do my thing, and then production wise, I have a clear path on where I want to be and they understand. Wherever I need assistance, as a consultant or production wise as extra ears, they’ve always been that for me. Big brothers and really help a lot that way in terms of connections and other things. It’s amazing man, we are really just getting started. We are all excited and I think the public is going to feel that energy. There is a lot of good stuff on here and I’m excited for everyone to hear it.

YouKnowIGotSoul: What can you tell us about the sound of the album? What’s the progression been like since your debut album “Introducing Stokley…”?

Stokley: First of all, the title is “Sankofa”. That means “To Go Back and Get It”. I say that just because I want to stay close to roots of where I come from. Go back and grab these little nuggets and bring them forth to a new generation who doesn’t know me. A lot of young artists don’t know where this stuff comes from. I’ll be ping ponging back and forth. I might have some interludes that hint to traditional African percussion type of thing, where I started off. That’s all laced through there. It’s anything ranging from things about relationships not just with a man and a woman, but also relationship with your country that we live in, relationships to your family, to your community. It’s all types of things people will be able to resonate with. It’s a lot of fun. I’ve got the 90’s vibes in there. This next single I have with Snoop Dogg is called “Vibrant”. It feels amazing. It feels like my nice little roller skating song. Just like back in the day when you’d hear Sly and the Family Stone. You can talk about something socially but you can’t forget about the balance of life. You have to balance with things that are good for your soul and straight party records. I’m trying to hit both ends of the spectrum. I was trying to give the energy people see on stage. I’m trying to bring the stage to the studio as far as energy.

YouKnowIGotSoul: You gave us a great taste of this album with the first single “She” which has done really well on the Urban A/C Radio Charts. What inspired that song?

Stokley: Basically, just many facets of the person you want to spend your life with, in my experience. That could resonate with anyone in a relationship, especially whether the significant other is He or She. Just really appreciating the many different facets. Really taking the bad with the good, you’ve got to have both sides. I just touch on a little bit on the song. But he deeper meaning would be appreciating all areas of that, don’t just look at the good, you need all the sides to make up that person.

YouKnowIGotSoul: The song is currently in the Top 5 at Urban A/C Radio, but it’s very interesting because you have Chris Brown and Wale songs ahead of you on the charts. It just seems strange. How do you approach that type of situation as an artist in today’s landscape?

Stokley: What’s funny is, charts and boxes and all of that, that’s not for an artist to do. We just make music. The charts have changed, I haven’t changed. If you look at hip hop, they are the ones switching over into my lane. It’s so crowded so they are trying to dominate different charts. I don’t look at myself in a box, I don’t think I have one. When you say R&B, I can appreciate it, but if you dig deeper there are a lot of different genres I like to do. I understand everybody has to have a category. To me we are out here just doing music. When I worked with Wale, he said “I rap and I’m a poet, and this is where they put me, but let’s just do good music.” I deal in colors. A lot of the vibe of “Sankofa” feels like a vibe of Brown and Blue and some Yellow, some Tan, and Orange, and Red. It’s just really vibrant and alive and that’s what life is. Good music is good music. Just really getting my energy out there is the thing that I’m really trying to do. Bring people into your world is what it’s all about.

YouKnowIGotSoul: We love hearing the progression in your music while keeping in tune with your roots. That was evident on your first solo single “Level” from your first solo album.

Stokley: I think it’s good to keep your ear to the streets so you can keep pushing forward. It’s a delicate balance. Keeping the integrity of who you are but also pushing the sound forward is ok. You can incorporate a bit of everything. Miles Davis used to do that. Sometimes with your legacy fans, they don’t want you to move. That’s kind of how people are. People like to stay in a certain box. Wherever they came onto you at, they want that same feeling. Music is like a time stamp on it. Whatever they are going through, they want to remember going through it. They want that same feeling. If you change it up, they don’t want it. You’ve got other people saying they are waiting for the new sounds. It’s like and human nature. You want the person to be who you want them to be. As an artist, we are here to take your hand, take you to the new millennium, and hopefully that artist will always have a piece of themselves. So I appreciate what you’re saying, that’s what I’m trying to do.

Stokley: Well there was one. *Laughs* With this whole thing going on, we are adjusting day to day. It was supposed to be Spring but now it’s pushed back. Hopefully sooner than later. The single is going out immediately, that shouldn’t stop anything. I hope you all enjoy it throughout the Summer.

YouKnowIGotSoul: How has the whole Covid-19 pandemic forced you as an artist to adapt? You can’t even perform and reach our fans like you’re used to doing.

Stokley: Like everyone, times are different. It will be different coming out of this thing, we don’t know what it looks like. Even when I wasn’t forced to be inside, if I wasn’t out on the road on the weekend doing a show, I’m usually here at home recording anyway. I’m still trying to finish the album, that’s been the same. I’ve been enjoying family. It’s been a little louder for a bit longer around the house with the kids! *Laughs* Those are the main things, just being forced to do this.

YouKnowIGotSoul: Talk about the current status of Mint Condition.

Stokley: We are all doing different things right now. It’s the time to do that. There are certain things you can do with a band and certain things you can’t. As artists, we all have different expressions we want to do. It’s a big think tank and we have this democratic thing. We all have different ways we think and want to do. We need space to do that. At least I know I’ve wanted that and I know the others have wanted that thing to. Some others are not even on a musical journey currently. One guy is a pilot! It’s all kind of different things, some dope stuff they are doing. Mint Condition takes up your life. It’s everything. This journey for me, we started 35 years ago! It’s been a long time. It’s a moment in time and life. Whenever it is we decide to come back, it will be the time. Now is just about doing other things you want to do. Look, we are not promised anything. You’re arrogant to think you have tomorrow. Whenever that time is, do what you want to do right now, and things will come back around.