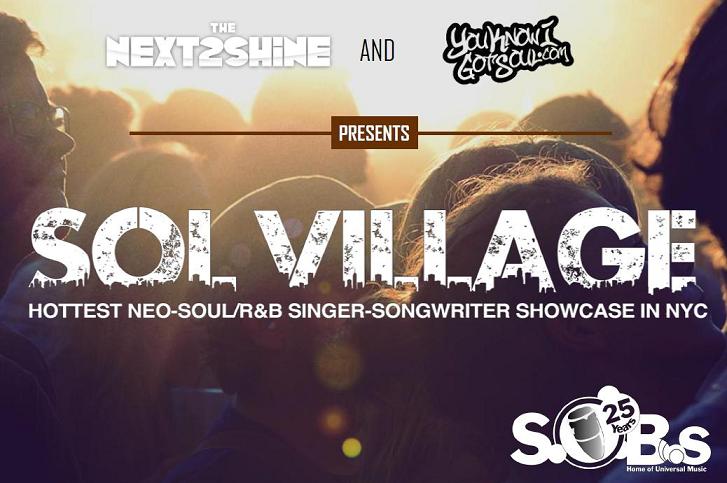 We’ve been waiting to share this news with you for awhile, but it’s official that YouKnowIGotSoul has teamed up with TheNext2Shine as the official presenting sponsors of the Sol Village showcase at SOBs. Our team will be directly responsible for bringing in artists and hand picking who to feature in the showcase each month.

Sol Village is one of New York City’s longest and most well respected R&B showcases. Running monthly (and typically on the 3rd Wednesday of each month), it is hosted by the artist-singer-songwriter Eric Roberson since its inception, the series features some of the best up & coming talent in R&B. 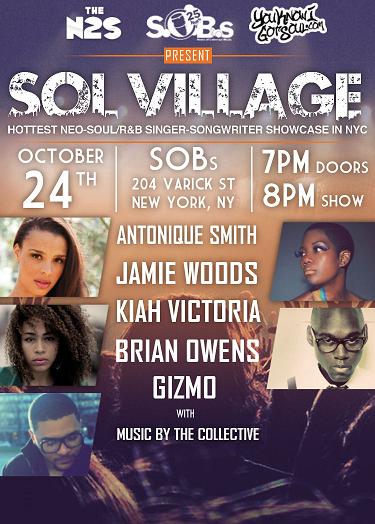