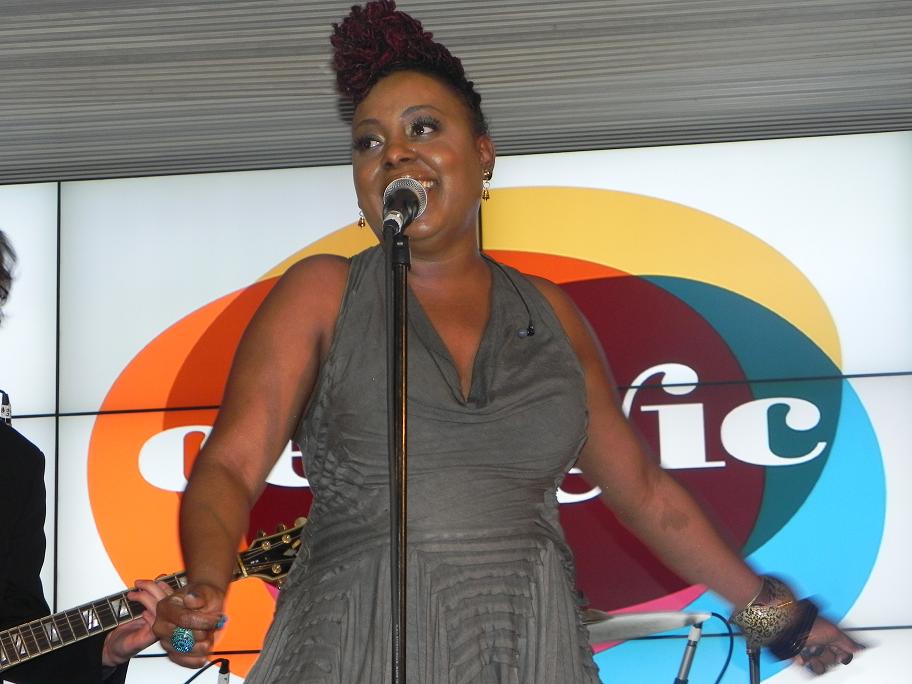 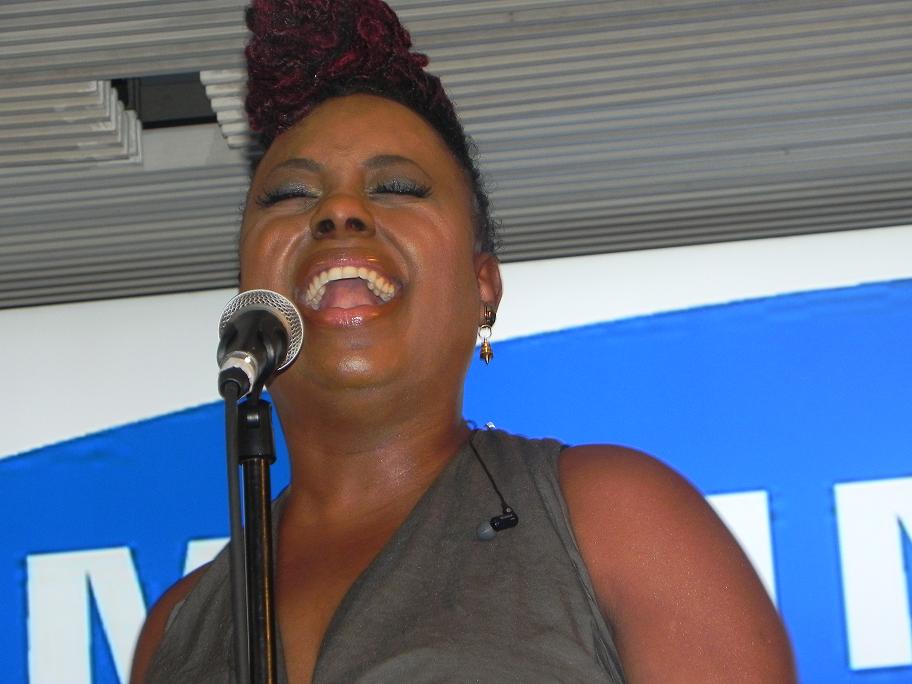 In this exclusive interview with YouKnowIGotSoul, Ledisi talks about why she decided to title her new album “Pieces of Me”, what we can expect to hear on it, being more open than ever before on this new project, her writing process, how she developed and keeps her fan base without a major marketing machine behind her, where she finds inspiration to continue making quality music after 15 years in the industry, and much more.

Ledisi: You Know I Got Soul, I like that, that’s fly!

YouKnowIGotSoul: *Laughs* Yep! And we know you’ve got soul so we’re glad to talk to you! I’d like to start out talking about your new album “Pieces of Me” which is coming out next month. What made you go with that title?

Ledisi: To sum it up, it was the last song done for the album and it was done with Claude Kelly and Chuck Harmony. Claude had asked me how I had felt about the project and if I was excited because it was the last song, and I told him yea I was excited, and I felt like the album was little pieces of me. So once I told him that, he said that’s going to be the last song that we write and it ended up becoming the first single and the title of the project. So I’m really, really excited about the album, it’s autobiographical for me, so it’s great.

YKIGS: We actually had a chance to talk to Claude Kelly a few weeks ago in an interview.

YKIGS: Yea, he told us about the single and working with you and said he talked with you for awhile and that’s where he got the idea for the song. Tell me about working with him and how the first single “Pieces of Me” was developed.

YKIGS: Talk about the rest of the album. What can we expect to hear on there?

Ledisi: You can hear a lot of hip hop influence, up-tempos, some ballads, a duet with myself and Jaheim, a hear a song written by John Legend, a collaboration I have with Salaam Remi. Of course Claude Kelly all over the thing, Rex Rideout, Carvin & Ivan wrote a wonderful song. I hope people hear themselves, man or woman, and they feel upbeat and happy and they feel love in it because I poured a lot of love in there.

YKIGS: How would you say this album compares to your previous albums?

Ledisi: This one has a level of confidence that I’ve never had in my previous recordings. It was about struggling and finding myself and expressing myself just to be whatever. But this was strategically planned and this is Ledisi Radio; this is what you hear when you hear me. It’s a total me, I’m not hiding, I’m just completely saying how I feel without being edited and I love it! I’m ok with whether you like it or you don’t, I’m just really excited about it and I feel like I have my own little walk. That’s hard to get unless you fully embrace yourself and I can’t wait to learn more.

YKIGS: You mentioned your writing earlier and I know you do a lot of writing on your albums. Tell me about your writing process when putting a song together.

Ledisi: Well, it took me eight months with Rex Rideout writing. But the beginning of “Pieces of Me” we had heavy debate over songwriting and what direction we had, we had debate on a lot of stuff and then we had a lot food and hugs. *Laughs* It can be anything, it can be coloring with my niece or sometimes it just takes me awhile. One day I just didn’t want to write at all and I had to write that day, like with Ivan and Carvin, I was like “C’mon Led, c’mon Led, let’s write, you’ve gotta finish this you’ve been at it for a minute!” I just wanted to go home, and that’s how “I Gotta Get To You” came. So it all depends on everything around me, I love energy and people; gosh I love people even when they got on my nerves, so that becomes a song like “Shut Up”. *Laughs*

YKIGS: I’d like to talk about your label. Since this is your fourth album on Verve Forecast, I know they’ve been putting out some other great r&b projects over the past few years. Talk about your comfort level on Verve and how they just allow you to be yourself and release good music.

Ledisi: First of all I’ve got to give it to them because they were a full on jazz label and here I come very, very r&b and when they signed me I said I had to be myself and I need their support or I’d rather just be independent. I had been doing it that long by myself so I could just wait it out. They told me they’d embrace me for who I was because if my fan base would buy it, then they would buy it, so just be myself. So I have to thank them for allowing me to be myself and every move I make they support me. But then, it takes a big team to make the Ledisi swag. *Laughs* I have new management now and a great publicist now and it all goes together, I can’t do it alone. I just don’t want to go un-noticed and I’m making sure that doesn’t happen on this time around. So I’m really appreciative of them and the producers, the writers, and my musician in my band, it’s great. All of it works together to make everybody look good, it’s not just the label, it’s everybody. I’m so appreciative honestly. But I give it to them for stretching out and adding other r&b acts and I support them too; I call them, they call me. I just want everybody to be happy where they are and you’ve got to make the best of whatever it is, even if it’s not your ideal situation, I made the best of it and ended up carving my own lane.

YKIGS: As an artist who has never been on a major label and had the benefit of the major marketing machine behind them, you’ve still been able to develop a very loyal fan base and very large fan base that has followed you through each album. What is your key to success in developing that fan base and keeping them?

Ledisi: You have to be your best self person. Sometimes you don’t need to talk, just show it, go out there and kick butt with your work. Your product will speak for itself if it’s that good and your fan base will come and people will want it. Having the right people in your circle is very important to help support that. I’ve had the wrong people in my circle and I’ve had the wrong chemistry. So in every sense, from an independent artist to a major label artist, you just have to have great product, great faith and great people, they all go together. Also, know the business you’re in for whatever you do, know it and understand how it works so you can be successful.

YKIGS: You’ve been in the industry for about 15 years, where do you continue to find inspiration as an artist to keep delivering good music?

Ledisi: I study a lot of the greats; I study the current people out now and what people are listening to now. I don’t shun anything away; I just check it all out and make my own judgment. I don’t base my judgment off of other people. I’m very open, I love music and I love people so you need to know what’s going on. Just be open, life is about a constant journey and I’m very spiritual, but I’m also in touch with what’s going on around me and who I am, and you have to know yourself. So for me, that’s what keeps me going is just being interactive.

YKIGS: I know you were touring with Musiq Soulchild and Kem on Kem’s “Intimacy” tour earlier this year. How was that whole experience for you?

Ledisi: It was great, I learned how to headline a show. *Laughs* I was opening and learned how your show should be with lights and a stage. I learned so much from Kem and as a person, he’s very sweet. For him to allow me to have an opportunity like that was big. Everybody wanted that spot and here I am with no album out yet, but people know my name and he gave me a spot in his set. He also asked me to sing with him on his set. It was great. Musiq Soulchild, just watching him perform. He makes the best tea for my voice, I love him *Laugh* and he can sing his tail off, I love his life performance. It was great working with those guys and seeing how production works and riding on the bus, it was just great. It’s a lot of responsibility that comes with touring and I learned a lot from that.

YKIGS: Does commercial success matter to you at all?

Ledisi: Any success matters to me. You talking to me on the phone matters to me; the fact that you found time to make time for me. Honestly, I don’t mean to sound like I’m snoozing, it’s the truth. There was a time when I was sleeping on the floor and nobody cared who I was. *Laughs* So I’m glad I came from the start that wasn’t right away where I am now, I’m just happy that I’m able to take care of what I need to take care of, live, and do the thing that I love the most and that is to sing. People want to hear it, buy it, see it, hold it, record it, bootleg it *Laughs* it’s fine with me as long as it’s good but when it’s bad I’m in trouble! *Laughs*

YKIGS: That’s a beautiful thing! Anything you’d like to add?

Ledisi: Thank you for making time for me, I really mean it, and thanks for the support, I’m glad you made it out to the show, that was a big moment in my life that I’ve never experienced before, so I’m happy you made it, saw it, and you liked it! *Laughs*