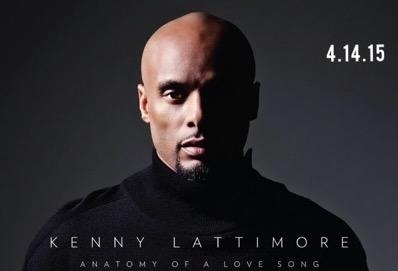 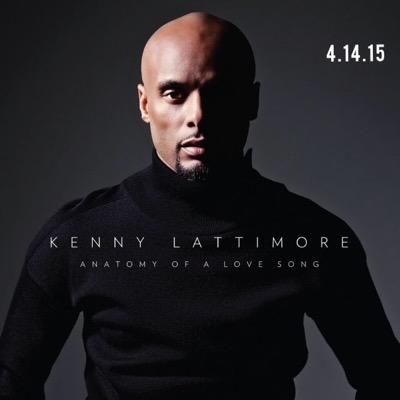 Grammy nominated R&B singer, songwriter & producer Kenny Lattimore joins the Primary Wave talent management roster as he prepares to release his 7th studio album, “Anatomy Of A Love Song” on April 14, 2015 (Sincere Soul Records / eOne Music). The new album features Kenny’s latest single, “Love Me Back,” which was the most added song at Urban AC Radio upon impact and it is available on iTunes now.  Executive produced by the R&B veteran, along with “J.R.” Hutson (Jill Scott, Faith Evans, Musiq Soulchild), “Anatomy Of A Love Song” is consistent with Lattimore’s smooth, soulful sound, and combines timeless, traditional R&B with a unique contemporary flair.

“I’m excited and honored to have Kenny Lattimore join the Primary Wave ranks. Kenny is an incredible artist, visionary, and family man,” explains Benjamin Peterson, Primary Wave. “Throughout his career Kenny has always exemplified true passion and tenacity for his craft, because of that, he’s been able to cement himself as one of the few contemporary R&B legends. Together with the Primary Wave team, we are ready to take Kenny to new heights and further the position of the Kenny Lattimore brand.”

Kenny launched his solo career in 1996 with the Gold-Certified, self-titled album that featured hits “Never Too Busy” and “For You,” which garnered him a NAACP Image Award for Best New Artist. His sophomore album “From The Soul Of Man” (1998) was also Gold-Certified, and then in 2001, he unveiled a more contemporary sound with the album “Weekend,” receiving international acclaim for the title track, which sampled Blondie’s “Rapture.” Two years later, he recorded the duets album “Things That Lovers Do” with his then-wife Chante Moore that contained the hits “Loveable (From Your Head To Your Toes)” And “You Don’t Have To Cry.” They followed that with the double-CD duets album of gospel and R&B love songs called “Uncovered/Covered,” which debuted at No. 2 on the Billboard gospel albums chart and No. 10 on the Billboard R&B albums chart. In 2008, he released “Timeless,” a Verve Records cover album that offered new interpretations of classic songs originally recorded by The Beatles, Marvin Gaye, Otis Redding, Al Green, Donny Hathaway and others. In 2012, he launched Sincere Soul Records and his forthcoming, new album “Anatomy Of A Love Song” will be the first release on his label.

As a leader in the R&B world, Lattimore has also been sought out by an array of diverse artists for their own musical projects, including Musiq Soulchild, Rachelle Ferrell, Ray J, Nancy Wilson, Heather B., Kim Waters, Brian Culbertson, and many others. In addition to his music career, his charismatic personality and powerful presence have also made him an in-demand actor of film and stage, as well as a captivating motivational speaker. Most recently, he signed on as the Executive Producer of the Patricia Cuffie Jones’ (Love The One Your With) production, “Love Soul Deep” currently running at The Acme Comedy Theatre in Hollywood.