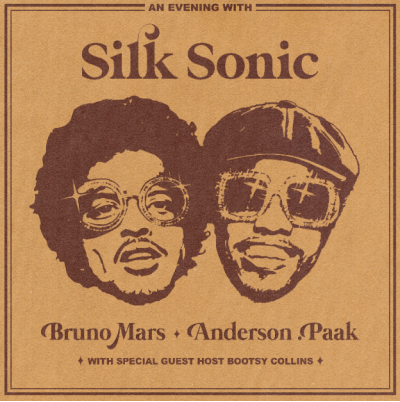 Bruno Mars & Anderson .Paak aka Silk Sonic have just announced the release date for their much anticipated joint album “An Evening With Silk Sonic”.

The album will arrive on November 12th, 2021 and feature the previously released hit songs “Leave the Door Open” and “Skate”. The former became the group’s first #1 hit on the Billboard 200 charts and got R&B fans across the world excited for the brand of vintage soul they are rolling out.

Legendary Bootsy Collins collaborated with Silk Sonic and came in as the “special guest host” for the group’s debut album.

Stay tuned for more on the album, and make sure to check it out next month when it drops.