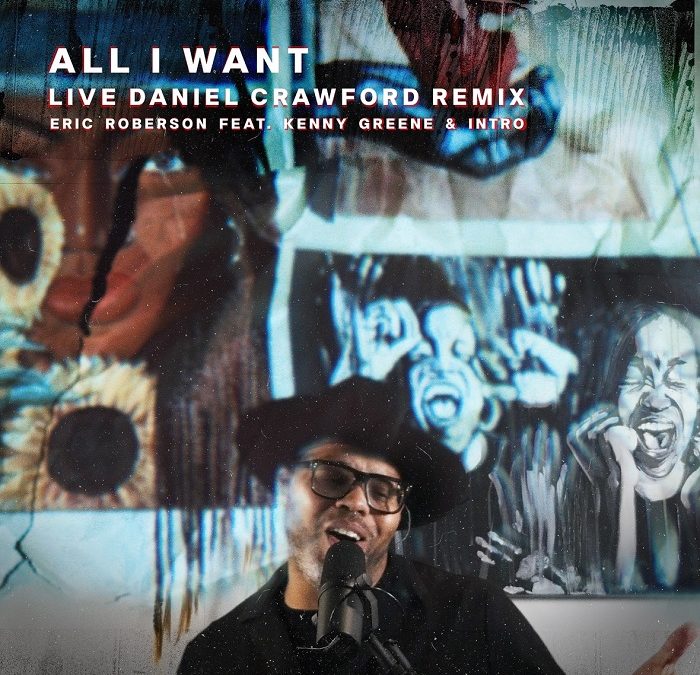 Eric Roberson has just shared the video for a special live remix version of his hit single “All I Want” produced by Daniel Crawford. The song features the vocals of the late Kenny Greene and his group Intro.

The original version of the song was included on Roberson’s recently released 17th studio album “Lessons”.

The original and remix versions of the video were directed by Steven Jon (Oh Yeah Cool). The song was written by Eric Roberson, Kenny Greene and Dwayne Bastiany and produced by Bastiany. It features vocals by Kenny Greene, Jeff Sanders and Clinton “Buddy” Wike of Intro.

Roberson added about the song:

“All I Want is a tribute to one of my favorite eras of music, R&B from the early 90’s. There was something special and electric in what artists were doing at that time. I wanted to revisit that feeling and I’m honored to have one of the most legendary voices join me. We haven’t had many opportunities to celebrate Kenny Greene since he passed over 20 years ago. I hope the listeners have the same experience I felt, when I heard this unreleased vocal that eventually found a home in the song, All I Want.”