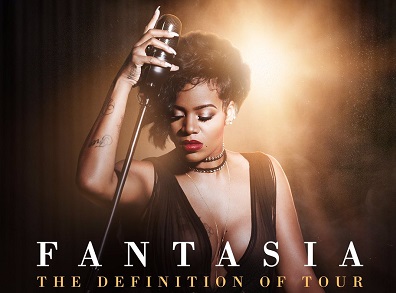 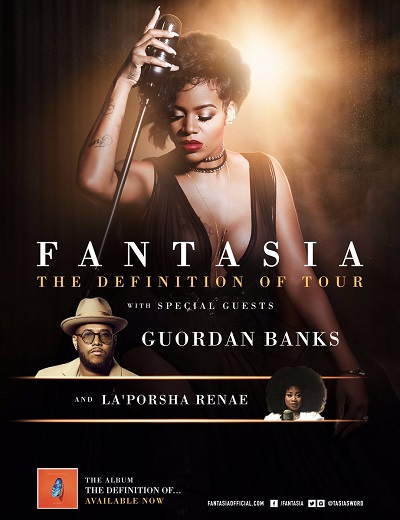 Following the release of her successful “The Definition Of…” album earlier this year, Fantasia is ready to head out on road to support it. She will kick off her tour of the same name tonight in LaFayette, LA before heading out on 12 dates which will take her into December.

“The Definition Of…” released earlier this year via RCA Records and was Fantasia’s fifth album overall. The album was anchored by the singles “No Time for It” and “Sleeping with the One I Love”. Also included was the standout track “When I Met You” which we listed as an Editor Pick.

On the tour, she’s being supported by emerging r&b stars La’Porsha Renae and Guordon Banks. Renae recently came in 2nd place on American Idol, and signed to Motown Records where she will soon release her debut album. Banks is an independent artist who nabbed the #1 spot on Urban A/C radio with his hit “Keep You in Mind”, which was later remixed by Chris Brown and Bryson Tiller. He will release his debut album “Unpopular” in 2017.

Fantasia “The Definition Of…” Tour Dates