Jase (of Soul For Real) Talks Group History, Breakdown of Each Album, What’s Next (Exclusive) 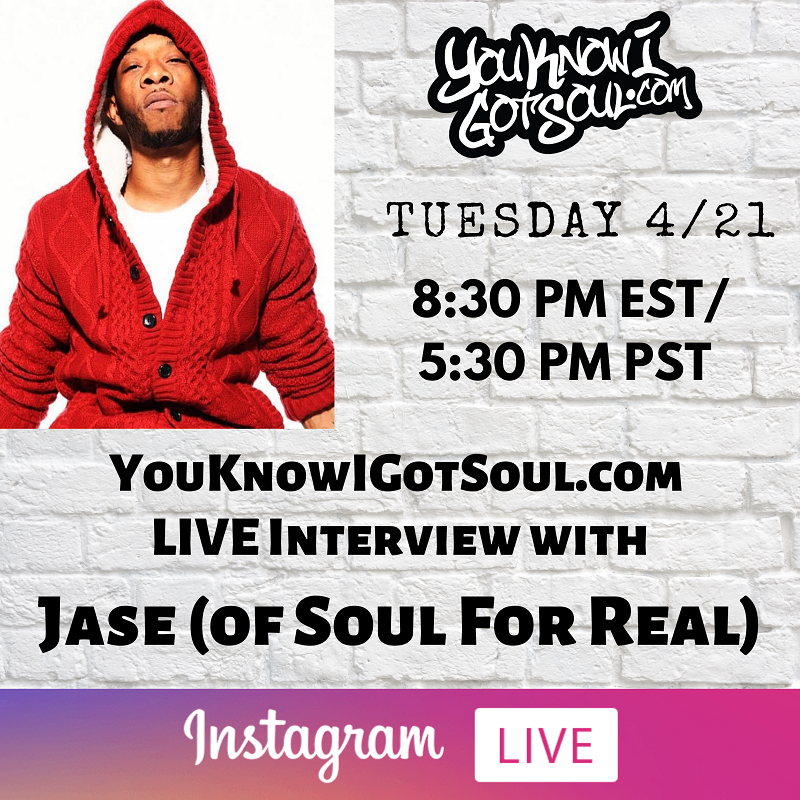 We caught up with Jase of the R&B group Soul for Real for an interview recently on Instagram Live.

You may have found yourself thinking lately where has Soul for Real been. For starters, the group just released a brand new single called “Love On Me”. In addition, Jase himself released his own solo project recently called “If You Feel Like Me” which includes an updated version of “Every Little Thing I Do”.

During the interview, we discussed the origins of how Soul for Real originally came together as a group and got signed. Jase took use through each of the group’s three albums including “Candy Rain”, “For Life”, and “Heat” and discussed how they were created.

We then talked to Jase about what’s next for the group following the release of the new single. Check out what he had to say in the video above!