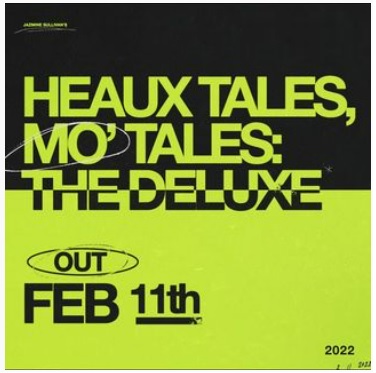 The album originally released just over a year ago in January 2021 and landed at the #1 spot on the Billboard R&B Albums Chart. The album featured the hit single “Pick up Your Feelings” which would go on to become a #1 single on R&B Radio.

Sullivan is currently nominated for three Grammy Awards for “Heaux Tales”. On February 15, Sullivan will kick off her long-awaited “The Heaux Tales Tour,” with Tiana Major9 as the opening performer.