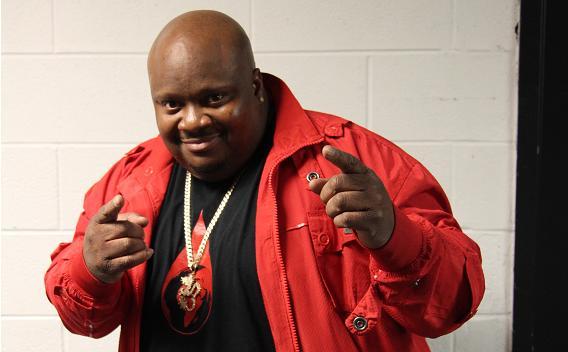 Some viewers who had a chance to watch the recent episode of “Unsung” featuring Dru Hill were left wanting more. Although the show did take a chance to highlight some of the group’s accomplishments and detail their many breakups, it did in fact feel like there was a lot left unsaid.

For that reason we were excited when former member Jazz reached out to us to share his opinion on the show. We spoke to Jazz last year following his original departure from the group and release of his solo single “All Your Love”.

During our interview, Jazz took the opportunity to discuss any misconceptions that were shared about his departure from the group, the status of his solo album, his current standing with the group and if he might potentially return, and much more. Check out what he had to say below.

YouKnowIGotSoul: Talk about the solo project you’ve been working on.

Jazz: I got more material that I’ve recorded, but I’ve also got new things I want to work on as well.

YouKnowIGotSoul: We’ve seen recent clips of you on stage with Dru Hill. How did it feel to be back with them on stage?

Jazz: It was dope. It was shocking. The energy was great. The crowd responded appreciative and it was a cool moment.

YouKnowIGotSoul: What does this mean for Jazz with Dru Hill in the future?

Jazz: I think it’s just working out the schedules and making it happen. I think in this day and time, it’s all about having multiple things going on, but at the same time, really establishing your brand that you worked on for so long. When I look at it, it takes a long time for you to make your small business a worldwide entity. We did that collectively. I look at McDonald’s. Because you are in an investor in McDonald’s, it doesn’t mean you shut it down just to start something else. You start other ventures as well. I think that’s the smart way of going about it. I think Dru Hill is a collective effort that takes camaraderie for the best of the group and the brand.

YouKnowIGotSoul: Talk about the recent “Unsung” episode of Dru Hill and how you felt about it.

Jazz: I think it was informative. I believe that there are different interpretations to our story collectively and individually. But looking at it professionally, I think it was edited and put together to show longevity attached to the Dru Hill brand. I know the fan base wanted to know a little more about the story and the group. So I think it was just a political standpoint that was presented.

YouKnowIGotSoul: If you were to do a Dru Hill movie, what kind of things would you have added that were left out.

Jazz: That’s a good question. I’d really have to sit down and map out my plans and my point of view. I think some of it would highlight the accomplishments of the group. The awards, award shows, performances, and meeting some of the great moguls in the business. I think those are the types of stories that people would want to be able to see and understand. I would definitely go in depth with each individual member to show the basis of their talent and who they are. I believe Dru Hill has always been a group combined of mega forces. But you never got to see each individual get the just due that it deserves.

YouKnowIGotSoul: It was interesting to see in the Unsung about how you stopped working on your solo album to get back with Dru Hill and work on the 3rd group album. Do you regret doing that at all?

Jazz: Yea I mean to be honest with you. From a creative standpoint, on one hand that was a big thing that I did for the group. On the professional side of things, I feel like I should have did it, even if it was in addition to everything else that was going on. That’s what builds a resume. When you put in such hard work, you really want to have it surface and do what it’s going to do. That sets you up for your next and helps build longevity. That opportunity should never be blocked.

YouKnowIGotSoul: We always kind of wonder what if, in terms of between the second and third album. If the momentum didn’t stop with Sisqo going solo and the group’s breakup. Would the third album have turned out be bigger than it was?

Jazz: “Dru World Order” is the one I moved my stuff to the side for. That album there was like a quick collaborative effort. The original members included Scola in that album. I think a lot of times when you look back on the retrospect of the music, it spells out the vibe of the time we recorded it. That was another Baltimore record. We all came together in Maryland and just went into the studio and went into a bunch of different vibes until we got something we felt was strong. I don’t know about the timing of it. It couldn’t have come sooner because I had just come off of working on my album and Sisqo was in the middle of his second album.

YouKnowIGotSoul: One of the topics on Unsung was your departure from the group. There is sometimes a lot of editing when it goes into these shows. Do you feel the message was relayed properly about your departure?

Jazz: Yea. I believe that there was a lapse in our communication and all of us moving in the same direction. During that separation, they made a decision that for performance sake, two members joined when I took some time off to try to do some things for myself. I tried to regain stability with myself. During that time, a whole lot of different things happened with Tao stepping out, and Nokio stepping out. It kinda had everything in a frenzy. I believe right now it’s at a time when some things need to be figured out.

YouKnowIGotSoul: Some fans find it sad to think about the current Dru Hill with all of the members coming and going. How do you feel about the group having gone through all of the good and bad times?

Jazz: That’s one reason why I tried to leave it open for something to be done to reconcile. It’s always best to let things happen for things to move forward and be at its best.

YouKnowIGotSoul: Dru Hill has a new single with Sisqo and the members of Playa. When you hear the song, what comes to mind?

YouKnowIGotSoul: You released a solo record last year. In 2020, what does Jazz hope to accomplish.

Jazz: I look to gather all of the music that I’ve done over the years. It’s a few things that are out there now, that people don’t know of, that’s on YouTube. You have “Love Again” with Jill Scott, that’s on the Rush Hour 2 soundtrack. You’ve got “Here With Me”, that’s on the Nutty Professor soundtrack. There’s a song called “I Don’t Want to Live Without You”, that was from the movie Motives. The song “Housewife” is out there. There is a song called “Champion”. I’ve got a lot of work out there. Another song is “Baby Let’s Go”. The album that I did, I definitely look forward to doing something with that as well. I’ve got a plethora of music. It’s just an opportunity to organize the scheduling and getting everything together with my resources and partnerships to make it happen. Music is the soundtrack to lives. That’s one of the most important parts of living well and enjoying your life. To express yourself is important. I range from R&B to Rock & Roll to Alternative. My influence ranges and is wide. I’m just waiting on the opportunity to make it happen. I’ll never lose that energy and drive and excitement for it.

YouKnowIGotSoul: Do you still have your version of “HalfCrazy” which eventually was recorded by Musiq Soulchild?

YouKnowIGotSoul: How do you make sure you maintain your friendship with all of the group members and not let the business side tear you guys apart?

Dru Hill: Well the thing is, moving things around and dismantling things, to the point where each member is able to keep their sanity in order to do what’s needed to be done. That has to happen without ignoring the elephant in the room.