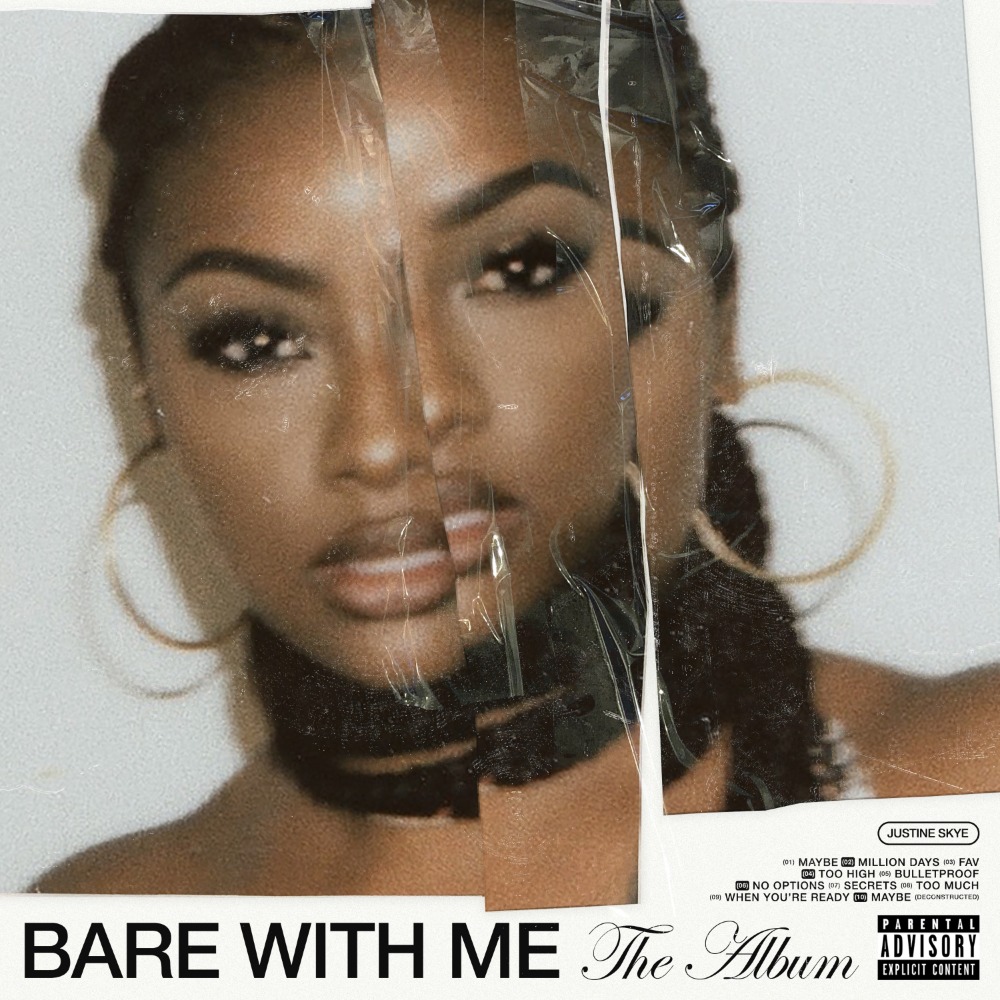 Justine Skye has dropped her new album “Bare With Me” today. You may recognize the title as she initially released this project as an EP last year. She’s decided to add a few more songs to the project to make it a full length album. One of the newly added songs is the record “No Options” which Justine co-wrote.

This new album will also serve as a prelude for her EP with Timbaland which is set to come out later this year. She has been working with the legendary producer over Instagram. The weekly series “Space & Time Sessions” has been a hit as a lot of listeners have tuned in to see what the two musicians are creating together.