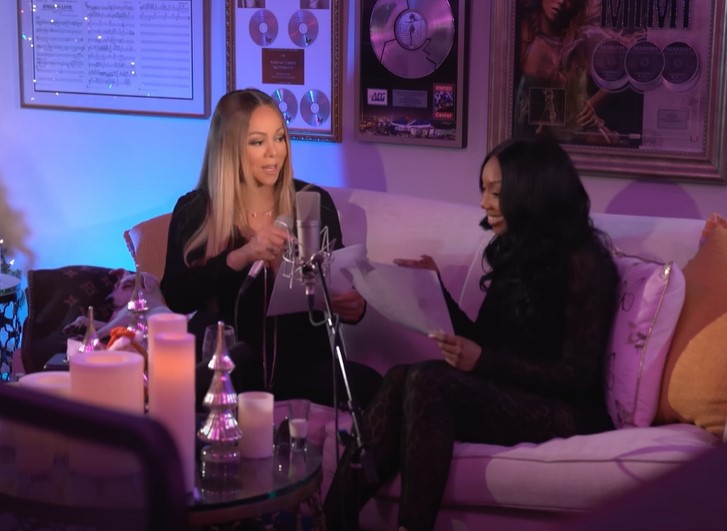 Earlier this year, superstar Mariah Carey unveiled that she was working with Brandy during one episode of her MasterClass. To make things even more exciting, the R&B icons were collaborating on a remake of Mariah’s song “The Roof” from her classic album “Honey”.

She now presents a visual for the song which includes footage of the pair working on the reimagined version of the song in the studio.

“The Roof” was originally included on Mariah Carey’s 1997 album “Butterfly”. That album recently celebrated it’s 25th Anniversary for which Carey released a special deluxe version to commemorate the moment.