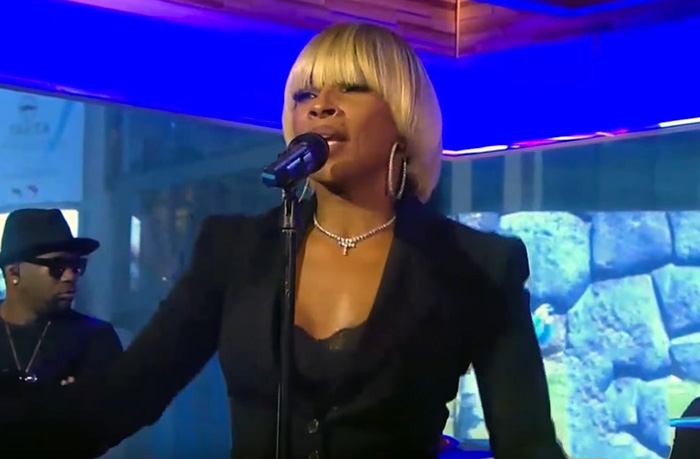 The Queen of Hip-Hop Soul Mary J. Blige has been on a roll with her current hit single “Thick of It”, and she took to Good Morning America for a live performance of the song. The DJ Camper produced and Jazmine Sullivan written song has proven to be therapeutic as she deals with the divorce from her ex-husband.

Recently, the song reached the #1 spot on the Urban A/C radio charts and was the fastest to reach that point in the past 20 years. It has now remained at that position for three straight weeks. She also recently released the official video for the song.

Mary J. Blige’s upcoming thirteenth studio album “Strength of a Woman” is set to release next month, but an official date has not yet been announced.

Currently, she is on the road with Maxwell on their “The King and Queen of Hearts” world tour which kicked off recently.