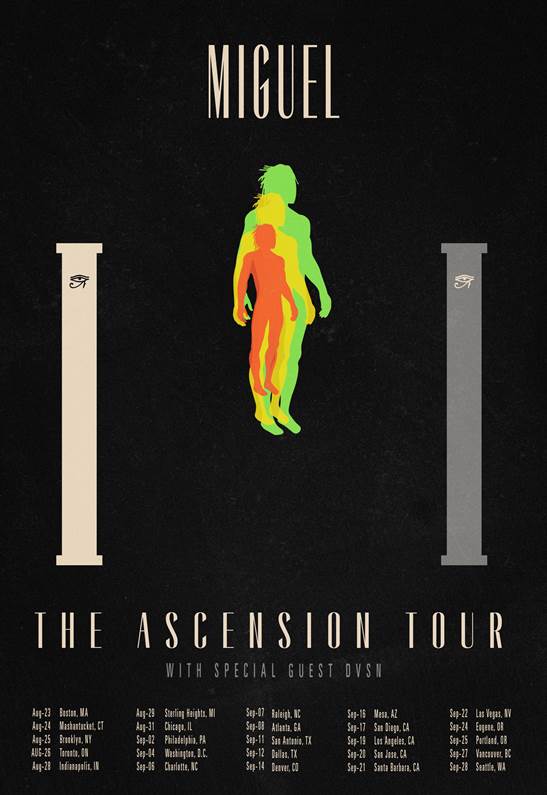 After recently completing his sold out Spring tour this past April, r&b star Miguel has just announced another North American trek this fall called “The Ascension Tour”. The performances will be in support of his most recently released fourth album “War & Leisure”, and will be supported by DVSN.

The 26 date tour kicks off on August 23rd in Boston, Massachusetts, hitting major markets in the US and Canada throughout August and September, including festival appearances at AFROPUNK in Brooklyn, North Coast Music Festival in Chicago, and Life is Beautiful Festival in Las Vegas, concluding on September 28th in Seattle, Washington. See image above for full list of dates.

Miguel also makes an appearance on the soundtrack for the remake of the iconic 1972 film Superfly with his new song “R.A.N”.