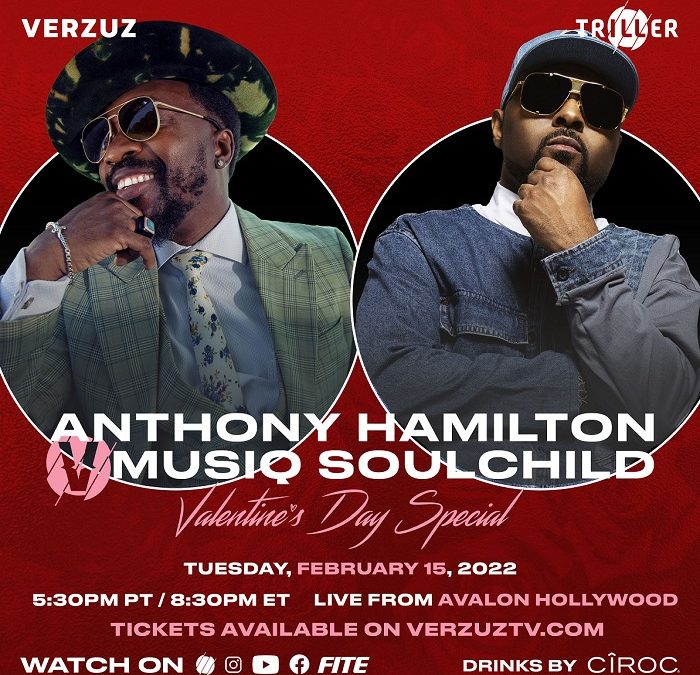 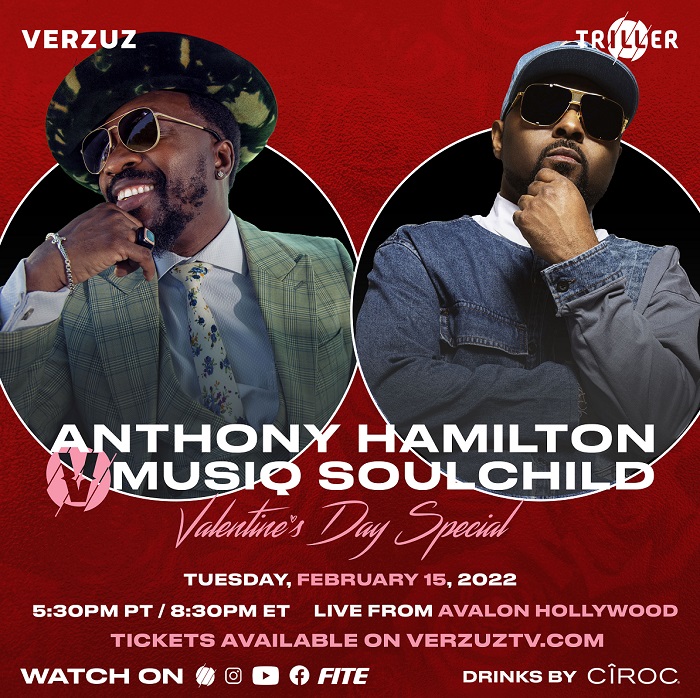 It has just been announced that Musiq Soulchild will take on Anthony Hamilton in an upcoming matchup of Verzuz. The two legendary singers were long touted by fans to face off against one another on the platform and it appears that it will now happen.

The Swizz Beatz and Timbaland created Verzuz platform is celebrating this as their first ever Valentine’s Day special. The show will take place live from Avalon Hollywood in Los Angeles on Tuesday, February 15th. Fans will be able to attend live and Ciroc will provide drinks for the evening.

These two artists are certainly deserving of a spotlight like this since they are among the premiere hitmakers of their generation. Since both officially debuted in the early 2000’s, they’ve remained among the elite in the R&B genre over the past two decades, thrilling fans through their new music and sold out shows.

Anthony Hamilton most recently released his latest album “Love is the New Black”. You can check out our recent interview where we discussed the album with him.

Meanwhile, Musiq Soulchild has been a bit more quiet on the new music front. He has continued to collaborate with other artists over the past few years, but his last full length album was “Feel the Real” in 2017.