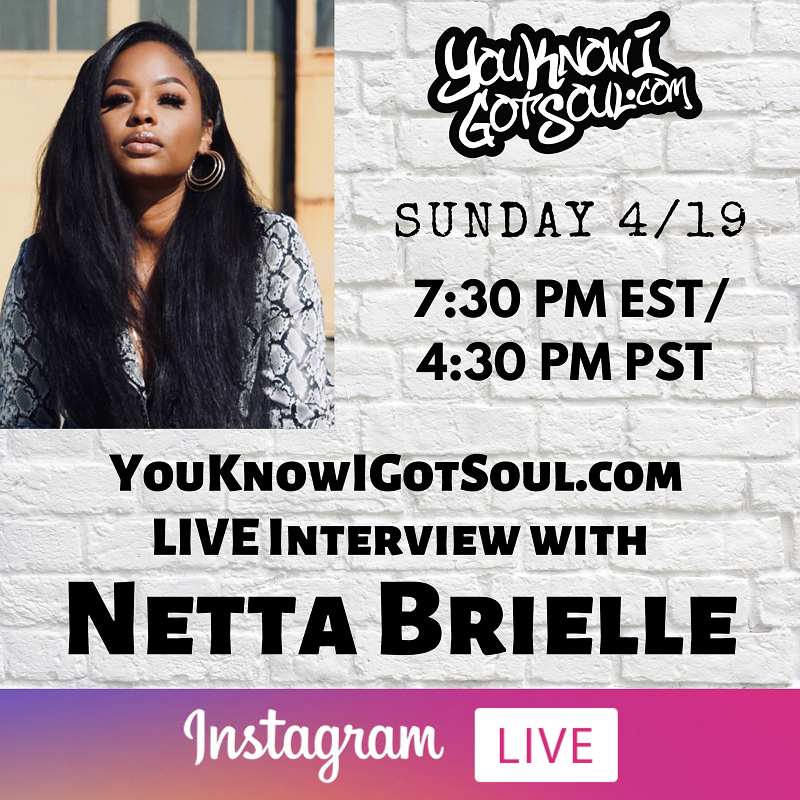 Netta Brielle joined us on Instagram Live recently for an expansive interview detailing her career in music.

During our conversation, she talked about her origins in music including almost signing to Def Jam after catching the attention of Shakir Stewart followed by his untimely passing.

She discussed her “Electrik Rebel Sounds” EP which caught a lot of attention in her hometown Bay Area and eventually led to her landing a deal at Atlantic Records.

We then got into her “580” and “880” EP’s after things didn’t work out at Atlantic Records and she moved on as an independent artist. Netta explained her unique sound which has been something that has had our attention for many years.

The conversation then turned to her latest project “An EP by Netta” which she released last year. Netta told us what we can expect next from her to wrap up the interview. Check out what she had to say in the video above!