New Video: Brian B-Flat Cook – Compare to You (Written by RL of Next) 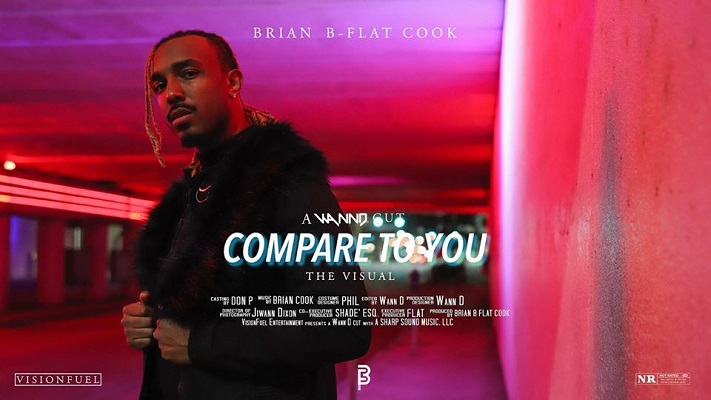 It’s still very early in the new year but we already have a favorite song of 2020! Our friend RL of Next helped make the introduction to singer and producer extraordinaire Brian B-Flat Cook with his latest single “Compare to You”; and it’s everything we’ve been missing in R&B.

Give the song a listen and you’ll quickly be pulled into a story of love that RL penned and Cook brought to life with his standout vocals. It almost seems that showering a woman with praise in a classy way has become a lost art in this day and age, but RL has been a master of creating for the past couple of decades. “Compare to You” is no different.

One look at the bio of Alabama native Brian B-Flat Cook’s and you can’t help but to come away impressed. The multi faceted singer astonishingly plays piano, guitar, bass, and even the harmonica. He’s a self taught musician who has been honing his skills for many years now and culminated in his recently released his debut EP, “Yes Ma’am”.

He, alongside production partner, RL, also produced and wrote the Lil’ Duval hit single “Pull Up” featuring Ty Dolla $ign, along with the remix featuring 2 Chainz.

Cook has been collaborating with RL for awhile now, and even worked with him on Next’s previous single “Want It” as well as RL’s own single “You Are”.