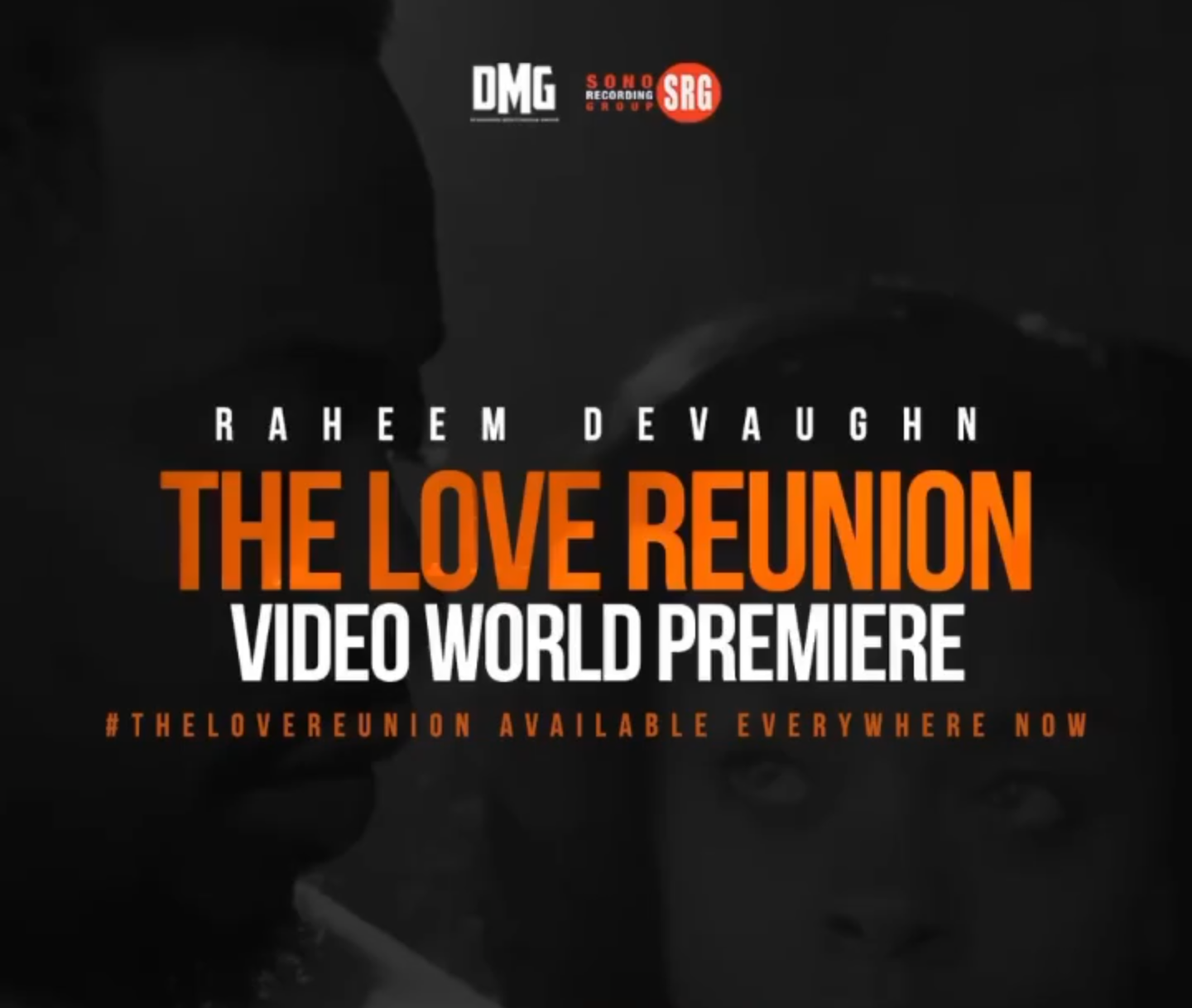 Check out the latest visual from Raheem DeVaughn for his latest single “The Love Reunion”. This is the title track from his seventh studio album which released late last year.

“I wanted the video to reflect the actual lyrics of the song. I wanted to take it back to the time where videos had storylines and you felt what you were watching. This song was penned for all of us that have actually made the mistake of stepping out on your partner and then you realize that your partner’s love is worth fighting for and you are willing to do anything possible to get it back.”

The song was written by Raheem Devaughn and produced by Loris Geisen and Pops.

This is the follow up video to the previous visual he released for “Rose Gold”.