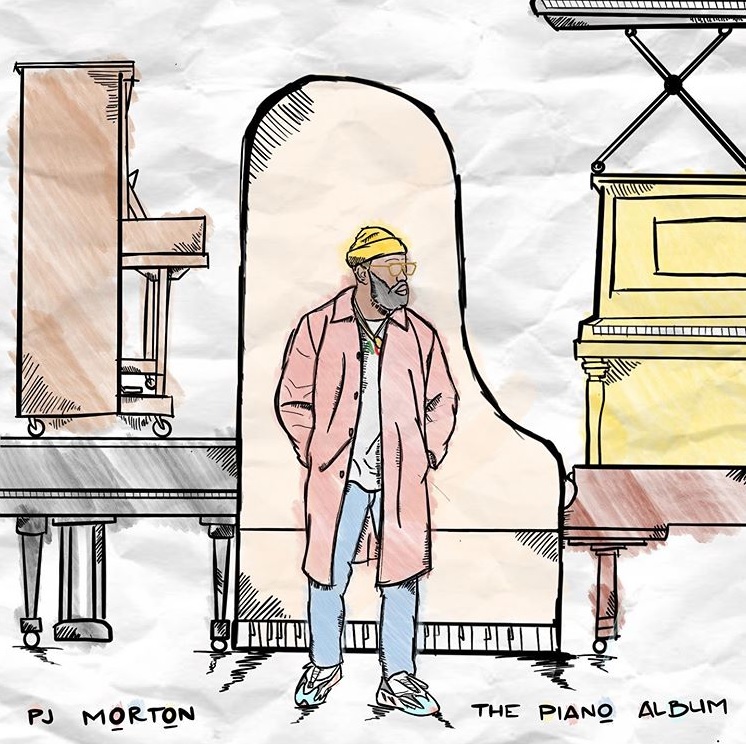 We have a new contender for the hardest working artist in R&B music. Over the past few years, PJ Morton has been creating music relentlessly while at the some time putting on solo tours and also performing alongside Maroon 5.

It should come as no surprise that he’s already on the verge of releasing another album. PJ Morton will release “The Piano Album” this coming Friday on Valentine’s Day. This is a very unique album in that he recorded it live in one night with a group of invited friends and only a piano.

In a post on his official Instagram account, he shared about the album: “Sat at the piano, invited some friends over and sang some songs.. Breaking it down to the bare minimum!! Piano & Vocals”

This should be something very special in the formula of his “Gumbo Unplugged” album. If you haven’t had a chance to hear that, it would be wise to check it out right now.

No word yet on the tracklist for “The Piano Album”, but there is an unplugged version of his single “Say So” with JoJo included.

Morton also recently released the visual for his single “MAGA?” which was originally included on his latest album “Paul”. That album released this past August.