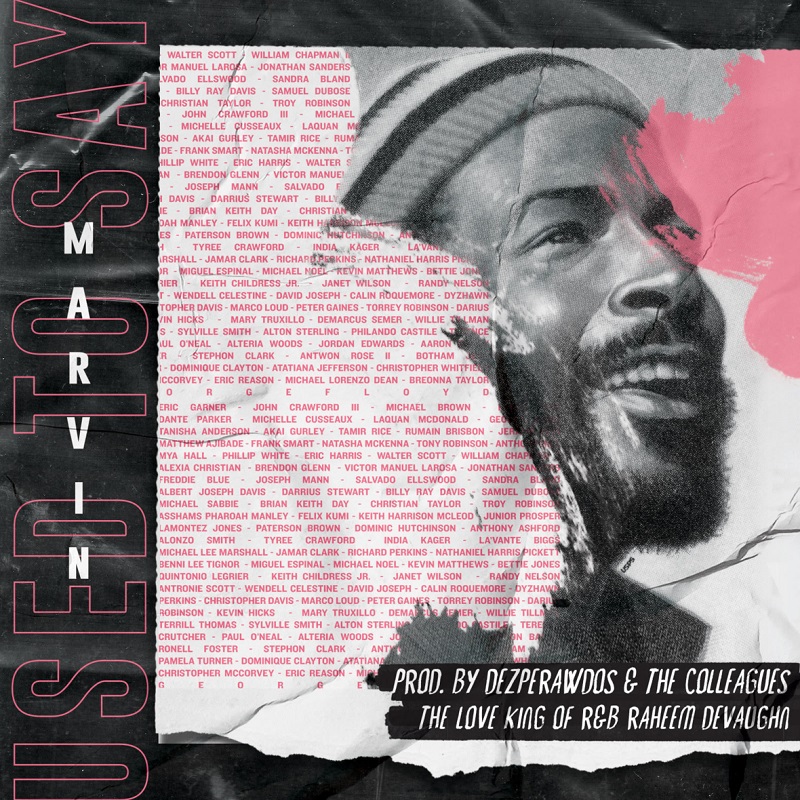 Raheem DeVaughn has never been one to shy away from creating music with a message. He does just that with the inspirational new single called “Marvin Used to Say”.

The timely song speaks directly to the ongoing social turmoil and speaks to the need for more change since fellow D.C. native Marvin Gaye asked “What’s Going On?” nearly 50 years ago.

But he also sings hope and encouragement with a direct shout out to community leaders and activists.

The singer has also just announced that he will release his upcoming eighth studio album “What a Time to be in Love” on October 9th, 2020. The project was produced entirely by The Colleagues and Raheem hopes to inspire and encourage his listeners as they fight for justice and equality.

This will be his first new album since he released “The Love Reunion” in 2019. You can also check out our most recent interview with Raheem where he takes it deep on a variety of topics.