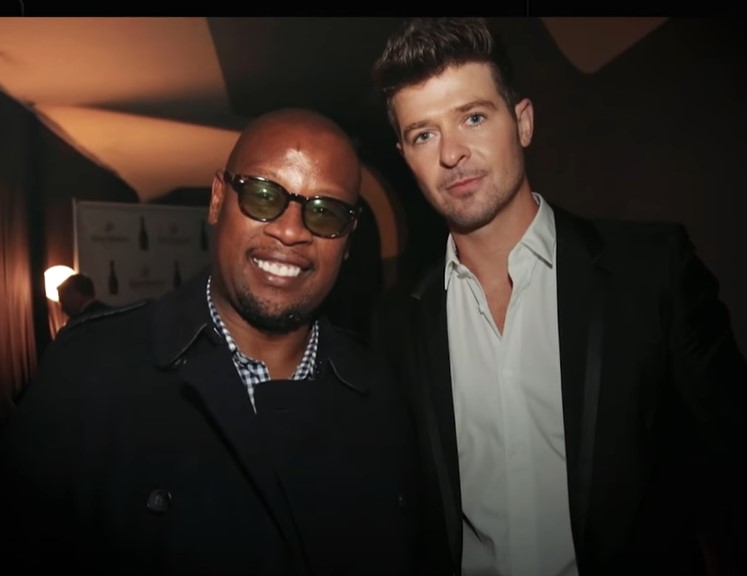 Robin Thicke pays tribute to Andre Harrell in the visual for his latest single “Day One Friend” which also features rapper Rapsody.

Harrell passed away in 2020, but was the executive that eventually signed Thicke to Interscope as part of his and Kenneth “Babyface” Edmonds’ Nu America imprint label in 2001.

“Day One Friend” was featured on Thicke’s latest album “On Earth, and in Heaven” which released in 2021.

In case you missed it, we caught up with Robin Thicke for an interview around the album’s release to discuss the background on the project.