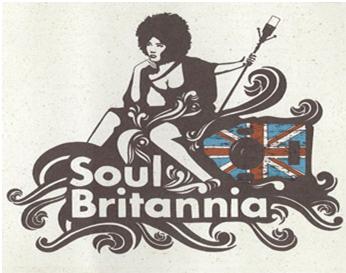 When examining the impact British artists have had on the American music industry, more often than not the following are always mentioned; The Beatles, Spice Girls and more recently One Direction. What do all these artists share in common? They all belong to the pop or rock genres. For the most part it’s often forgotten the great impact British artists have had on R&B and Soul music.

In the midst of the first British Invasion which was spearheaded by The Beatles, soul-inspired singers such as Tom Jones & Dusty Springfield were too scoring stateside hits in the 60s with songs such as ‘Son of a Preacher Man’ and ‘It’s Not Unusual’. But it wasn’t until the 80’s where Britain would start birthing their most successful soul acts, all commencing with the sublime Sade. Her debut album entitled ‘Diamond Life’ charted at No. 5 on the US Top 200 going on to sell over 4 million copies in America.

Following Sade’s runaway success in 1984, British Soul was launched onto a higher pedestal with the arrival of George Michael’s long-awaited solo debut in 1987 which landed itself atop the Billboard 200, later earning a Diamond certification for sales of 10 million copies in the states. ‘Faith’ also earned the distinction of being one a just a few albums to have four No. 1 singles on the Hot 100. The release of ‘One More Try’ marked a milestone in music history as Michael became the first white male to top the R&B charts. The album eventually won the most prestigious Grammy award in 1989 for ‘Album of the Year’.

1989 brought 3 of the most memorable songs by British R&B artists and those were Lisa Stanfield’s ‘All Around the World’ and Soul II Soul’s ‘Keep on Movin’ and the earth-shattering ‘Back to Life’. All of these songs topped the R&B charts, obtained noteworthy success on the Hot 100 and scored recognition from the Grammys.

The 1993 introduction of Eternal saw their first single ‘Stay’ reach the top 20 of both the R&B and Pop charts becoming the highest charting single in the US by a British girl group at the time. However few could predict the incredible success that would occur when an unknown from Leicester by the name of Mark Morrison dropped ‘Return of the Mack’ which shot to the highest reaches of Billboard and eventually became the 8th most successful song of 1997.

The dawn of the 2000s marked the entrance of Craig David who at the peak of his fame had some of the most unprecedented success for a UK R&B artist worldwide let alone in Britain. After being a significant figure in bringing the Garage sound to mainstream audiences with his 6x Platinum debut album ‘Born to Do It’, he then had his eyes set on America. Stateside the album produced two hits in the form ‘Fill Me In’ and ‘7 Days’ which helped Craig propel the album to platinum success. He was also endowed with a host of nominations from respected award ceremonies such as the Grammys and VMA’s.

As Neo-Soul was slowly emerging into the mainstream thanks to the breakthroughs of vocalists such as D’Angelo, Maxwell and Erykah Badu, 2002 saw UK-based duo Floetry capitalise on the foundations set by the aforementioned. Floetry blasted on the scene with the refreshing sound of their album fittingly titled ‘Floetic’. Upon its release it was showered with Grammy nominations and a Gold certification. The group introduced the world to the smoky vocal stylings of Marsha Ambrosius who in addition to releasing well-received solo work has become an in-demand songwriter penning for the likes of Michael Jackson, Angie Stone and Alicia Keys.

British Soul resurfaced in a massive way with a huge array of female singers enjoying success which began with Joss Stone who’s debut album ‘The Soul Sessions’ reached platinum status and has gone on to achieve more chart success with a further 5 albums. Joss’ success has also led to her regularly being called to lend her vocals to songs of the industry’s most revered musical minds such as Smokey Robinson and Herbie Hancock. One of 2008’s biggest urban hits was courtesy of our very own Estelle. ‘American Boy’ was a Hot 100 hit and its success firmly positioned Estelle as a force to be reckoned with. She hit the jackpot once again with her ‘All Of Me’ album which spawned the huge hit ‘Thank You’ which charted for over 50 weeks on the US charts becoming one of the highest sellers in her entire career.

But it was the meteoric rise of the late Amy Winehouse that really put the music of the Brits on the map. Across the pond in England, Winehouse had already notched mass critical and commercial success for her brand of jazz and Motown-infused soul music; however the stateside arrival of ‘Back to Black’ pushed worldwide sales to nearly 20 million. Lead single ‘Rehab’ was both a critics darling and bonafide hit on the Hot 100, later winning 3 Grammys and earning the esteemed honour of being listed as one of Rolling Stone magazine’s 500 greatest songs of all time. Although no longer with us, Amy’s legacy lives on through her illustrious works and is continually credited for paving the way for many British artists who’ve also seen international success such as Adele and Florence Welch.

It cannot be denied that these 2 years have been dominated by a certain lady who goes by the name of Adele. Though 2008’s ‘19’ was a sleeper hit eventually reaching Double Platinum status, few were prepared for the monstrous havoc she would reap on the industry some years later. The success of ‘21’ was nothing short of immense or spectacular. Worldwide sales stand at 27 million becoming one of the best-selling albums of all time. It’s also become the first album to reach Diamond status in the US since Usher’s ‘Confessions’ in 2004. Three of its supporting singles topped the Hot 100 with ‘Rolling in the Deep’ named the most successful song of 2011 and impressively ‘Set Fire to the Rain’ reached the summit without the aid of a music video. The album has received 7 Grammys bringing Adele’s total to 9 in the space of only 4 years. The accomplishments that the album netted caused journalist John Murphy to state and rightly so that “British Soul hasn’t lost its mojo”.

The UK can now even boast success from a behind the scenes standpoint as it’s safe to say that Tottenham-born and raised Harmony Samuels has been killing the game for quite some time composing hits for the likes of Chris Brown, Fantasia and Ariana Grande.

Evidently our British imports are taking over and expanding the profound influence we’ve already had on popular music history and the likes of newer artists such as Rebecca Ferguson, Emeli Sande, Jessie Ware and Daley are going to continue verifying Britain as a viable hub of musical ingenuity and authentic soulfulness.