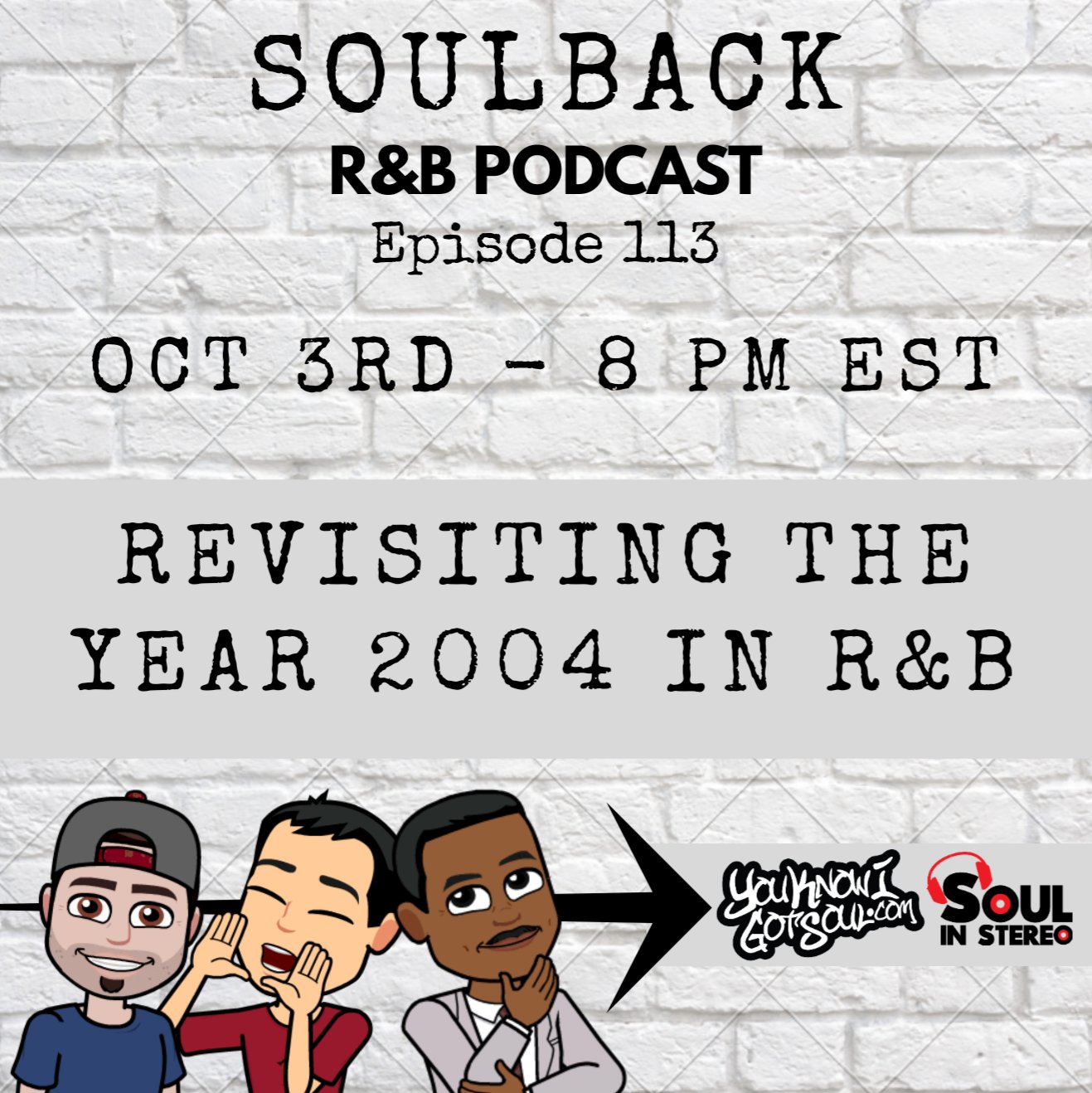 On this week of the #SoulBackPodcast, we revisit R&B in 2004 and what was going out during that era of R&B. Names that will pop up during this conversation are Usher, Janet Jackson, John Legend, Brandy and Destiny’s Child. We talk about some of our favorite albums and songs from that year and also discuss some of the sleepers that people may have forgot about. We also discuss the industry during that time and some of the trends were happening during that time.