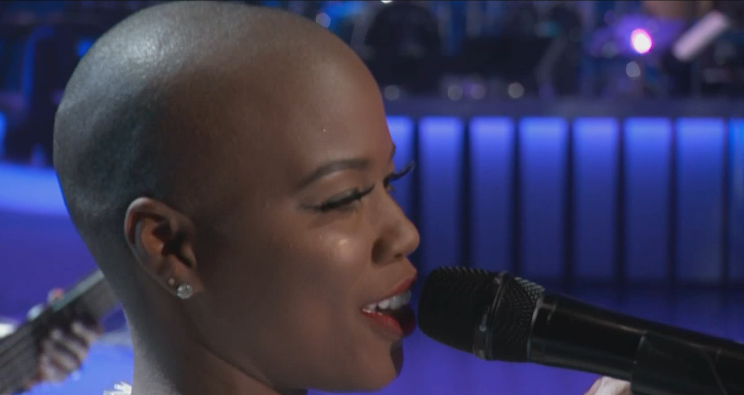 Rising r&b sensation V. Bozeman took the stage at the 2015 Soul Train Awards to perform her current single “Smile”. The protege of producer Timbaland, she has been making a name for herself following her performance of “What is Love” on the hit show “Empire”.

In addition to the Timbaland assisted “Smile”, which she recently released the video for, the r&b starlet is also gearing up for the release of her debut album. She recently came off tour opening for Raheem DeVaughn and Leela James on the “Love N’ Soul Experience” tour earlier this month.