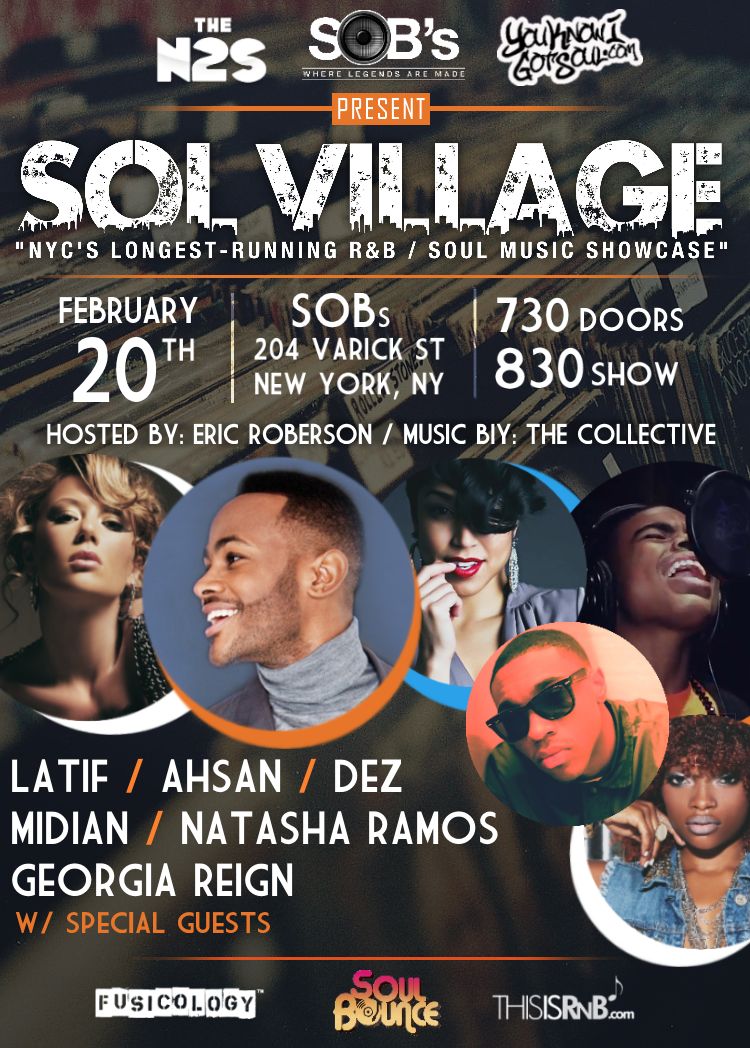 As part of our ongoing commitment to bringing you the best in upcoming r&b artists, YouKnowIGotSoul is proud to be a part of Sol Village at SOBs in NYC once again on February 20th. This month’s showcase will include Latif, Georgia Reign, Natasha Ramos, Dez, Ahsan & Midian, as well as special invited guests. Tickets are on sale now, click here to purchase.

Sol Village is New York City’s longest running and most well respected R&B showcase. Running monthly (and typically on the 3rd Wednesday of each month) it is hosted by the artist-singer-songwriter Eric Roberson since its inception, the series features some of the best up & coming talent in R&B.