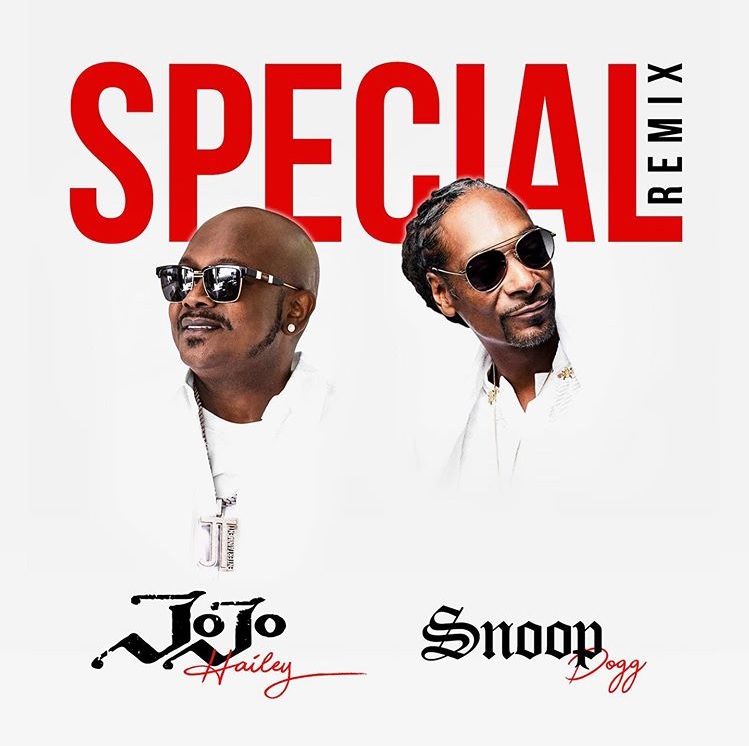 Legendary Jodeci member JoJo Hailey returns with an extra special remix to his latest solo single. The singer adds rapper Snoop Dogg to his single “Special” which he originally released earlier this year.

The offering is JoJo’s foray into the solo realm as he works towards the release of his upcoming solo album. His partner and brother K-Ci Hailey had also announced he’d be working on a solo album last year.

In case you missed it, we spoke with JoJo for an interview earlier this year. He discussed with us his decision to go solo:

Things happened and it got to happen where I told my wife that I wanted to do something. Jodeci was off and K-Ci & JoJo was off for a minute, so we started out our company called JT Entertainment. It involves my kids and one of my nephews. I wanted to do something different. I want the world to see me for me and as me, so I just said “What the hell? Let me put this out there”. I never had any intentions of doing a solo project, but then when I got started doing the project, I was really writing songs for K-Ci and myself. I started getting into it more and I started becoming me and I felt that. I love that feeling and I said “You know what? I’m going to keep going”. I never thought I would go solo, but I just thank God that I’m in the position that I am in now.

Stay tuned for more on the upcoming album!