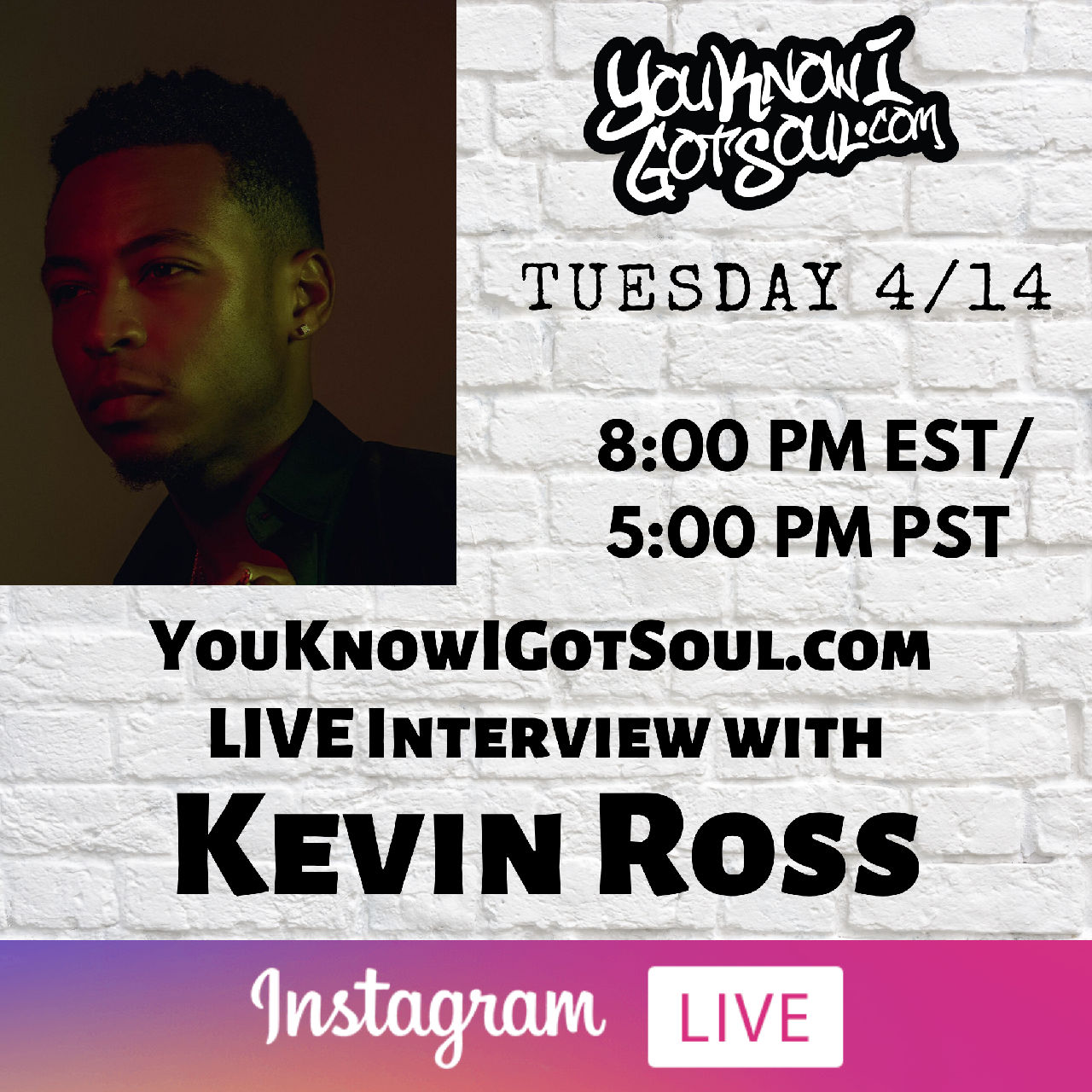 We caught up with Kevin Ross recently for an interview on Instagram Live.

It’s no secret that Kevin is among our favorite R&B artists who have emerged out of the genre in the past decade. He’s super talented in all aspects and just happens to be an old soul.

The singer is now an independent artist and recently put out his EP “Audacity Vol. 1”. He talked to us about that project which contains the hit single “Thing Called Love”.

Kevin also filled us in on the next volume of that EP series that he’s currently working on. Finally, he touched on his songwriting skills that allow his music to appeal to audiences young and old. Check out what he had to say in the video above!

Also in case you missed it, Kevin Ross recently began a weekly music series to keep us occupied during the quarantine. He’s already released covers of Stevie Wonder and Lauryn Hill so be sure to check those out!