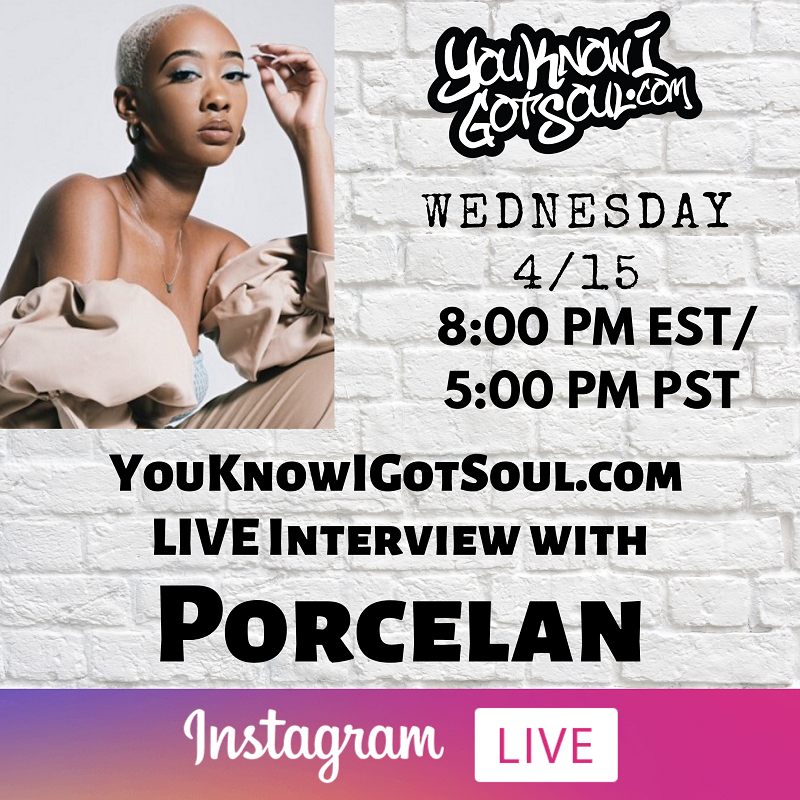 The singer has been keeping us impressed with each song she’s put out over the past few years including “Real Thing Don’t Change”, “Lois Lane”, and her most recent “Act Out”. Her unique blend of timeless R&B meshed with progress elements from the genre have kept us anticipating each new single.

She had the most success with her hit “Lois Lane” which reached the Top 15 on the Billboard Adult R&B Charts. However, some don’t realize that Porcelan’s journey started many years before this.

Porcelan began pursuing her dreams years ago which led to an appearance on 106 & Park, working with Timbaland, opening for Tank, and even touring in China.

During this interview, we discuss all that and more. We even touched on her upcoming debut album “Mood Ring” and what to expect on there. Check out what she had to say in the interview above.