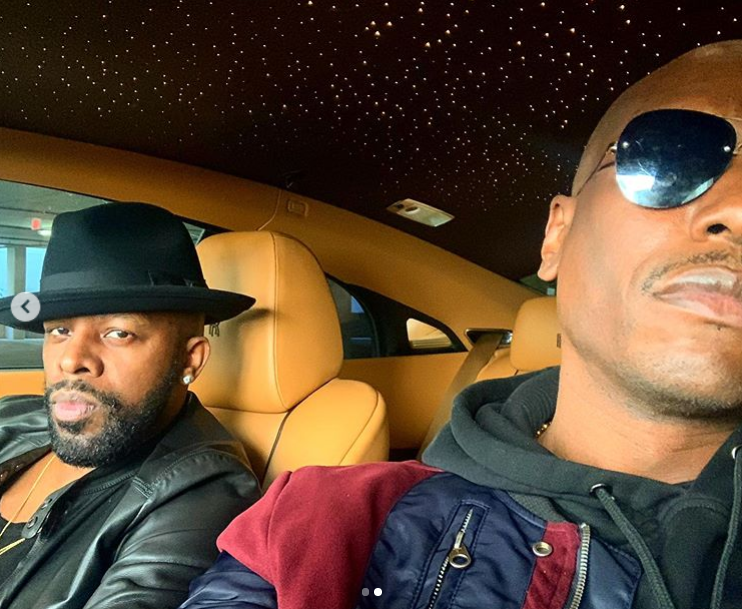 Tyrese has brought a special announcement for Valentine’s Day that is sure to make all R&B lovers rejoice. The singer took to his social media accounts to share the exciting news that he will be releasing a joint EP with Joe!

This is certainly a shocking and exciting a turn of events that essentially nobody saw coming. We can’t help but fantasize about what a special project this could turn into between these two 90’s R&B Greats.

#ForTheCulture It’s official……… Tyrese and Joe duo #EP coming….. Likely I’m the biggest fan of Joe…… He’s a true legend with too many R&B classics… Can y’all imagine a whole R&B Fall tour…?? To all of my GO to producers, writers it’s time!!!! #2020 #GrownRnB

You may recall that both of these artists famously retired from releasing new music following their last solo albums. Joe hinted that his last album “MyNameisJoeThomas” would be his last, while Tyrese was vocal about the fact that “Black Rose” was his final effort.

Needless to say, this has the potential to be something very special. The announcement has the feeling of when we first learned Tyrese, Ginuwine and Tank were going to come together to record a group album as TGT. Those who had been waiting for a sophomore release from TGT essentially had those hopes dashed years ago, but this would be an amazing consolation prize.

Stay tuned as we await the first taste of the music that should come from this collaboration!