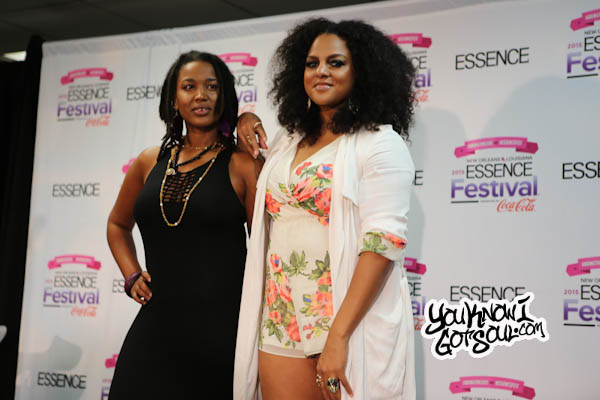 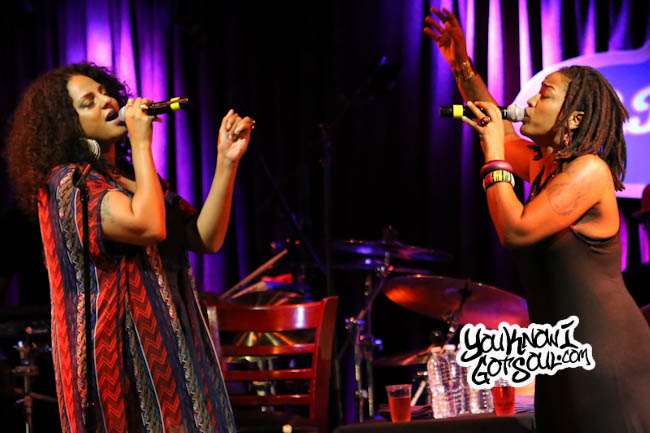 We now take a look back at the female R&B groups who emerged during the 2000’s. The decade prior featured some of the most iconic groups of all time who are still making an impact to this day. Unfortunately the 2000’s was not quite able to live up to that hype.

While we did get plenty of quality music from these groups, sadly many of them have long ago broken up with no possibility of releasing new music. To the credit of the individual members, many have gone on to have successful solo careers in in their own right.

We’ve been on the music scene for many years and have made it our job to keep up to date on this type of information. Have you ever found yourself wondering “Whatever happened to…” your favorite artist? Hopefully we’ve helped to answer that question. You’ll find that most of the groups on the list below are now sadly broken up or dissolved, but at least left us with quality music while they were still releasing it. This list includes the R&B groups who debuted between 2000 and 2009. Click on any artist name to see all recent posts about that artist.

This star studded group was made up of Adrienne Bailon, Kiely Williams & Naturi Naughton. They broke out in 2000 with the hit singles “No More (Baby I’ma Do Right)” & “Playas Gon’ Play”. Their self titled debut album came out that year and the album “A Girl Can Mack” arrived in 2002. The group broke up after that while Kiely and Adrienne went on to join The Cheetah Girls, and Naturi eventually got into acting. Adrienne has been a talk show host in recent years as well. They have not come back together to release new music.

The group emerged in the early 2000’s with their singles “Miss P” and “Do It To It” from their debut album “Unappreciated”. They followed with the album “The Truth” in 2008. Cherish have continued to release singles over the years, with the most recent coming in 2017. In 2021, the group was featured on the reality show BET Presents: The Encore. You can check out our recent interview with the group.

Wyclef Jean helped introduce the group made up of Ryan Toby, Robbie Pardlo & Claudette Ortiz in 2001 with their self titled debut album. That project featured the singles “Caramel” and “What Would You Do?”. The group broke up after, and the members went on to have solo careers and have not reunited since. Claudette was featured on producer Salaam Remi’s 2021 single “All I Need Is You”.

Another high profile group created by Puff Daddy as part of his Making the Band series. The group originally consisted of Aubrey O’Day, Dawn Richard, Shannon Bex, Aundrea Fimbres & D. Woods. They released the successful albums “Danity Kane” and “Welcome to the Dollhouse” in the mid 2000’s. The group disbanded after and went into separate solo careers. Shannon, Dawn and Aundrea reunited in 2014 and released the DK3 album. Shannon and Aubrey have also formed the duo Dumbblonde in recent years. Danity Kane most recently released the single “Neon Lights” in 2019.

The girl group of Puff Daddy arrived in 2001 with their hit single “He Loves U Not” and debut album “It Was All A Dream”. Their second album “Reality” was eventually scrapped after they were dropped from Bad Boy. The group has reunited to tour over the past decade, but has once again broken up and not released new music.

This group was formed by The Dream and producer Tricky Stewart and featured members Kyndra “Binkie” Reevey, Lesley Lewis, Naomi Allen, & Sarah Rosete. They released their debut album “How to Be a Lady: Volume 1” in 2009 but have widely been unheard from since.

The duo of Marsha Ambrosius aka the Songstress and Natalie Stewart aka The Floacist made up Floetry. They arrived in Philly via the UK and ended up at DJ Jazzy Jeff’s “A Touch of Jazz” studios. It was there they created their debut album “Floetic” which released in 2002 and became a part of the Neo-Soul movement. They’d release one more album together before disbanding to embark on solo careers. However, they came back together in 2014 to briefly reunite and tour. They’ve both gone back to solo careers since then.

The group arrived in 2002 via their Motown Records debut single “Xclsuive” featuring The LOX. They released their debut album of the same name that same year but it faired poorly on the charts and the group has since broken up.

The group was made up of four members including LeTecia Harrison, Ardena Clark, La’Myia Good & Quierra “Qui Qui” Davis-Martin. They scored a big hit with the Kandi Burress penned song “Single for the Rest of my Life”. Their debut album “The Way We Do” released in 2002 and also featured the hit “Day & Night” featuring Jadakiss. The group broke up shortly after, and Qui Qui has been the most successful in a solo career.

The duo consisted of Kim Johnson & Kandy Johnson caught the attention of The Isley Brothers who helped released their debut album “Ice Cream” in 2003. R. Kelly executive produced their album and also wrote the lead single. The group hasn’t been active since.

The group consisting of Falonte “Fonz” Moore and female singer Vernell “Vee” Sales was discovered by DJ Kay Gee of Naughty by Nature and signed to his Divine Mill label. Their debut album “Mars/Venus” released in 2001 and featured the hit songs “After Party”, “Weekend Thing” and “Didn’t Mean to Turn You On”. Unfortunately the group broke up shortly before the album released, which Kay Gee discussed with us in an interview a few years ago.

The R&B supergroup made up of Raphael Saadiq (of Tony! Toni! Toné!), Dawn Robinson (of En Vogue), and Ali Shaheed Muhammad (of A Tribe Called Quest) came together at the start of 2000. They scored hits like “Dance Tonight” and “Don’t Mess With My Man” along with the self titled debut album that same year. The group disbanded after that one album and hasn’t been back together to reunite since.

This short lived group gained notoriety through their signing to J Records and first single “Young & Sexy” featuring Loon in 2003. The album was eventually scrapped and the group hasn’t been heard from since.

This group made up of twins Nicole and Natalie Albino broke onto the scene in 2003 with their hit “Move Ya Body” and released their self titled debut album the following year. Several mixtapes, an EP called “The Other Side”, and their second album called “Nicole and Natalie” followed in the years after, and the duo continue to be active performing shows and doing DJ sets.

The group was put together by super producer Rich Harrison and featured a lineup of Audra Simmons, Christina “Brave” Williams, Kristal Lyndriette Smith & Amber “Sevyn” Streeter. They released a mixtape in 2009 featuring the singles “He Ain’t wit Me Now (Tho)” and “Swagger Right”, but never released an album. The group eventually disbanded, and each have gone on to have solo success.

Another discovery and signing by DJ Kay Gee of Naughty by Nature. The group originated with singers “Yummy” Bingham and Shaquana “Quana” Elam. They appeared on Jaheim’s hit “Fabulous” and released the singles “Didn’t You Know”, “Kiss Me”, Rock Wit Me”, and “No L.O.V.E.” Their debut album was to be called “Reign Supreme” but it eventually got shelved and the group broke up. Yummy Bingham has gone on to have success as a solo artist.